We had a gig playing at a party for the project Kevin was working on (the 4th Hubble Space Telescope servicing mission, henceforth to be called SM4 because that’s how we roll at NASA). Rich and Joe were both out of town (Moscow and Copenhagen respectively) so our friend Al filled in for us on lead guitar. He’s very good and super nice. We had a great time, and though the astronaut who sat in with us last time (Drew) wasn’t able to make it to the party, we got a picture with John Grunsfeld, the other astronaut, after the party. And unlike Drew, who is a rookie and this will be his first flight, John is a vet! So that was cool, though we still missed Drew. And now I can say my Fender has been worn by an astronaut. :))

John is the 2nd from the left. Far left is Al, middle is Rob, then me, then Kevin. 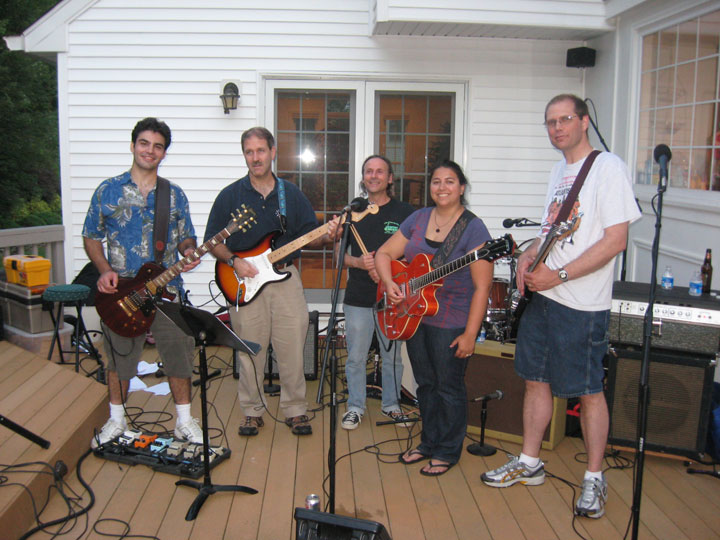 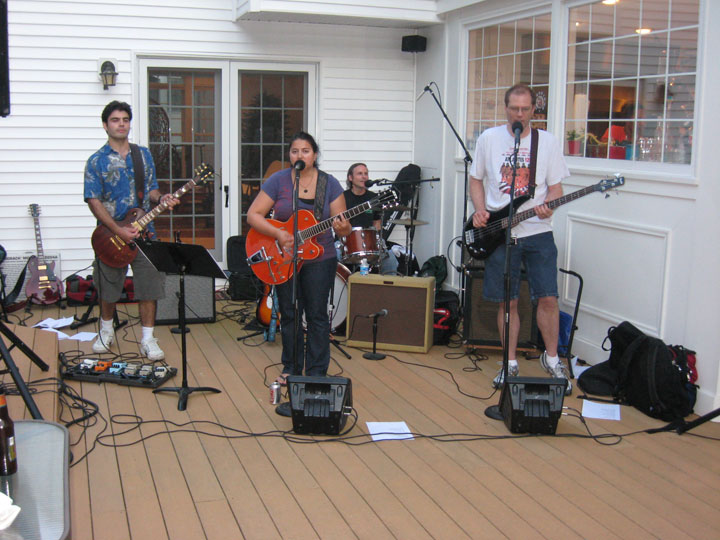 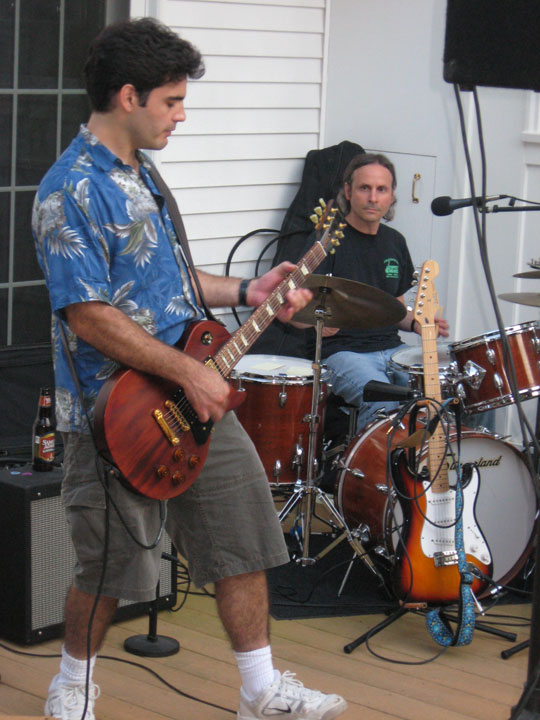 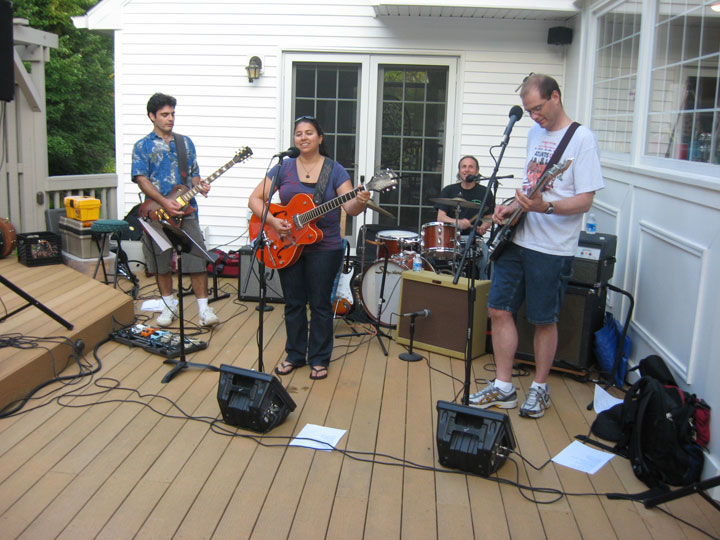 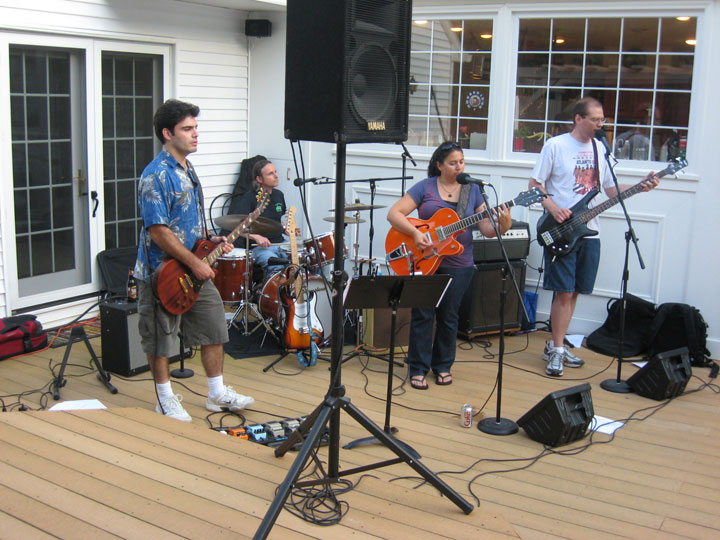 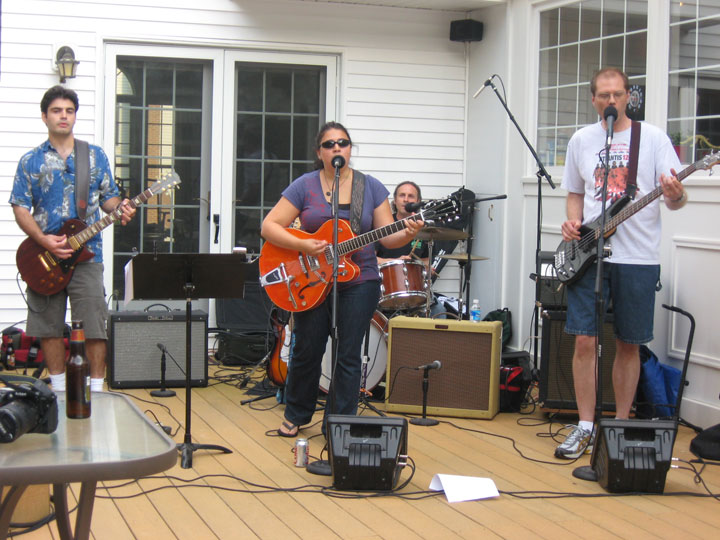 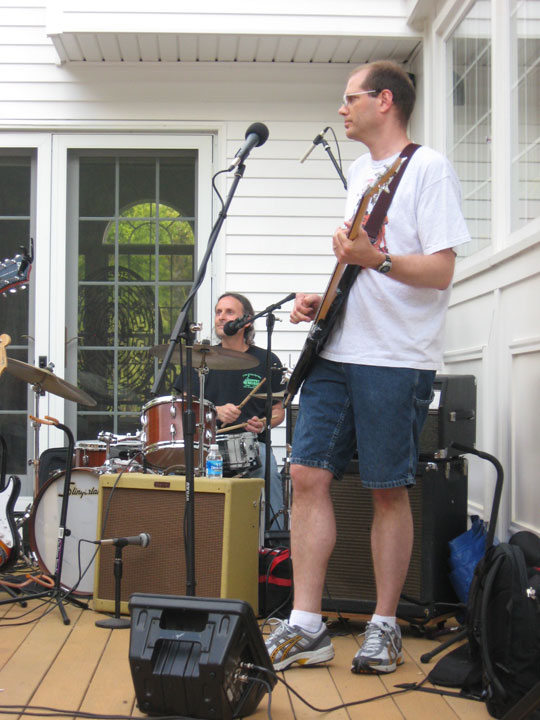 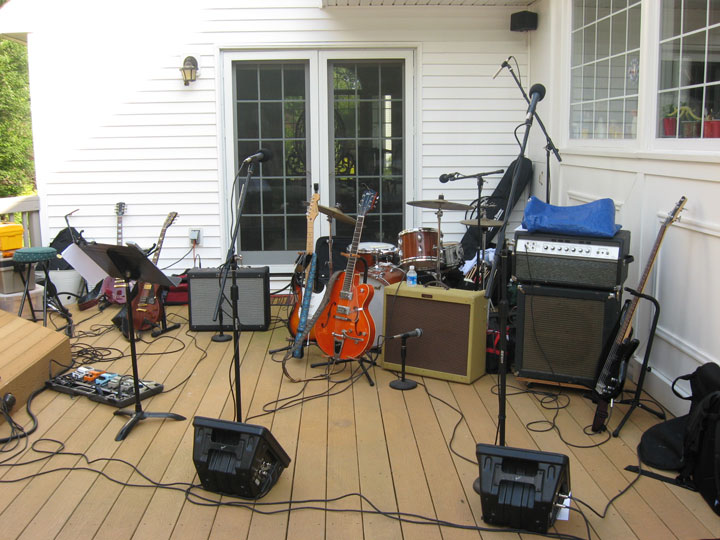