Goddard’s Music and Drama group has a big cast party after closing night of their fall musical production. We’ve played the party maybe three times. These photos are from November of 2005, right before Thanksgiving. And this was our second gig of the day. We’d played a few sets at the Air & Space Museum in Washington DC at noon… and our sets at the cast party started around 1am or so. It was a long day! Also, Rich had just gotten back from Japan. It’s just not a gig if Rich isn’t jet-lagged. 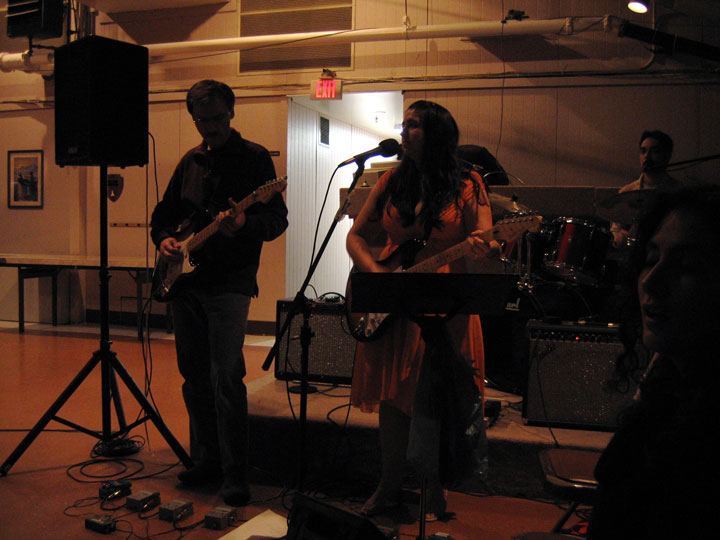 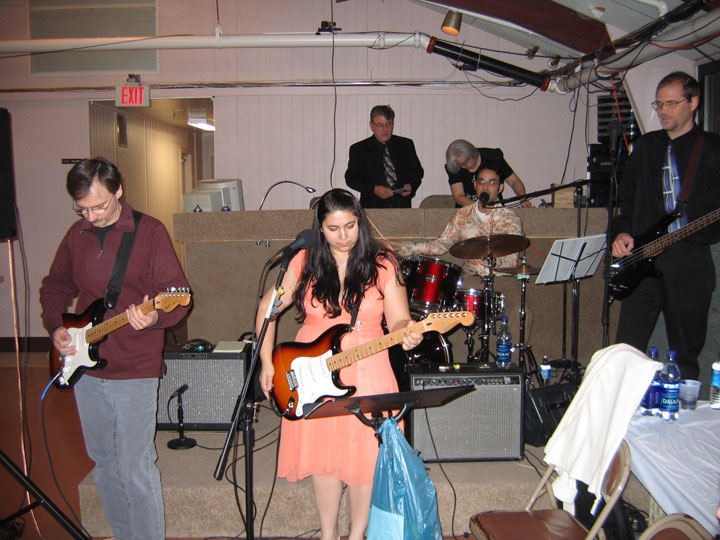